Something very complicated happens when we speak. Vocal cord vibrations are modulated by the snaky movements of a little appendage called the tongue. Twisting around the mouth cavity, tapping on the roof or on teeth-backs up front, it shapes sounds before they exit the mouth’s mini echo chamber. The hewed-out sounds have travelled a long way from cords to eardrums and then brain. When these sounds at long last go through the brain’s transliteration engine other connotations are spliced in, en route to final meaning. The way we speak reveals a lot about us. Read the transcript or listen to Meghan Sumner, Associate Professor of Linguistics at Stanford University, speak in this Freakonomics podcast. The revelations that other people have about us can be biased. The accent of your speech may cause the person listening to reduce you to a stereotype.

Here in India, many of us speak what has come to be known as General Indian English (GIE). From the stuff of comedy accents such as Apu on The Simpsons, it has come to be taken seriously by many like English language historian David Crystal. On The Big Bang Theory, actor Kunal Nayyar’s Rajesh Koothrappali speaks General Indian English. Except for some intentionally roast-style racist zingers from his friend Howard Wolowitz, who likes to imitate the intonation in an exaggerated Peter Sellers circa The Party (1968) accent, the Koothrappali brogue is now famous and accepted.

Those of us speaking Indian English are familiar with its various dialects. Yes, Indian English has dialects. These regional variations in English occur because spoken Indian English like any other type of English is like a palimpsest carrying multiple underlying influences and cadences from Indian languages spoken in different parts of India. But General Indian English developed over decades with the growth of All India Radio news, then television and most importantly as a college-educated populace threw its different Englishes into a melting pot in the big cities of Delhi, Mumbai, Banglaore, Kolkata and Chennai (formerly Calcutta and Madras if anyone is flummoxed). Now, the GIE heard on our nightly news is more or less a uniform amalgamation of all these spoken English varieties. Generations of English-speaking college populations of the big cities have defied geographical distance, mixed their accents together to arrive at a mean form of Indian English.

But this median Indian English carries its own baggage from a long past colonial era that many still hanker after. For some, the ghost of Apu’s comedy accent still adheres to it and they are at pains to work on what they fancy is their Indian English speech impediment. This minority is still unaware that in India at least the Queen’s English is somewhat a colonial hangover. That is why on news channels when an odd anchor or politician attempts an affected “propah” accent it sounds more absurd than scholarly to the Indian ear. The persons affecting the accent think they are endeavouring to enunciate correctly. Indian English is now widely employed across TV channels and radio stations. It has adapted to our milieu and become a lingua franca of sorts, which is why this pretence at Queen’s English wielded by a recognised Indian celebrity residing locally sounds caricatured and disingenuous. Here in India, people look askance if  someone asks about train stations instead of railway stations, or elevators in lieu of lifts. We don’t just postpone our appointments, we also prepone them. The latter are all Indianisms. A bus stop is also a bus stand, and a sidewalk or pavement is a footpath. English grammar and syntax too have emerged rainbow-like through the prism of our uniquely Indian context. For now, arguments abound over what is correct usage. What are now derisively called Indianisms will sooner or later become officially distinct rules of dialect. This is the way languages evolve. 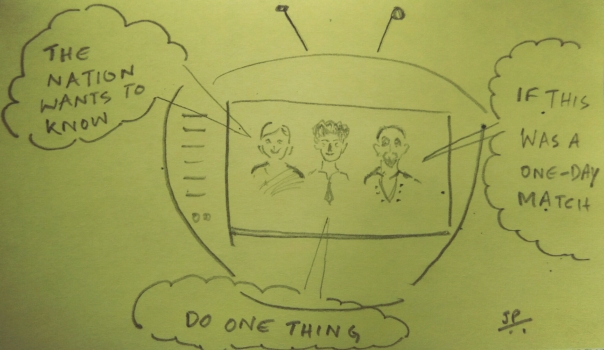 We have become so accustomed to Indian English that when someone regrets that convent schools have replaced Irish nun English teachers with nuns from the south Indian state of Kerala it comes across as racist. In India, south Indians are routinely mocked for the way they speak both Hindi and English. Many years ago, I was visiting an acquaintance who had settled in Trivandrum, Kerala. When our casual chatting turned to the subject of education, the North Indian woman told me she would send her children for higher education to Mumbai because she feared “they were getting an accent”. This goes back to what linguistics professor Meghan Sumner referred to on the Freakonomics podcast. Even in India, we are biased about accents and feel some sound more educated than others. But in India as well as the US, these accent biases are also unfortunately tinged with innate racial prejudices. As long as a person’s speech is clear and distinct, how does it matter what accent they use? But there’s the rub, as a social species we seem to attach higher value to certain accents, and persons who own these valuable twangs by dint of geography, or expensive higher education abroad, or associations with remnants of the old colonial establishment are able to accord to themselves more value in their social interactions. Thanks to the rise and rise of General Indian English, however, this assumed value may now only be in the eyes/ears of those still suffering the colonial hangover. The only silver lining in an otherwise murky cloud.

North and South: How even geography becomes a source of prejudice